Memorial donations for former chairman, John Leece-Jones will go towards something that would be a fitting memorial in our community.

This month, the Association of Voluntary Organisations in Wrexham (AVOW) announced the death of beloved chairman and community champion John Leece-Jones. In response to this announcement, the family has set up donations in memorial to John Leece-Jones for  AVOW. Donations will be used for a fitting memorial tribute in Wrexham town centre and Wrexham County Borough.

John Leece-Jones sadly passed away whilst volunteering on behalf of AVOW. John has been a trustee of AVOW since March 2011, during which time he has been Company Secretary, Chair of most committees, and AVOW Executive Chairman. John has been a tremendous asset to AVOW, and he will be sadly missed by all the staff, trustees, and many organisations he supported, who knew him in various roles. John was a local lad, educated at Grove Park School for Boys, Wrexham, and Manchester University, where he gained a Law degree. John Leece’s devotion to public service was an example for all in the Third Sector and for public life in Wrexham. He will be fondly remembered for his valuable contribution to Wrexham and the wider community. John Leece is survived by his wife Sali and son John (Jnr). Our condolences go to his family and friends at this very difficult time.

Donations are being collected online at Tribute to John Leece Jones, 1948 – 2021 (muchloved.com) 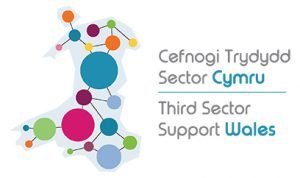